REDD+ projects and carbon credits from high quality, what is your relationship? 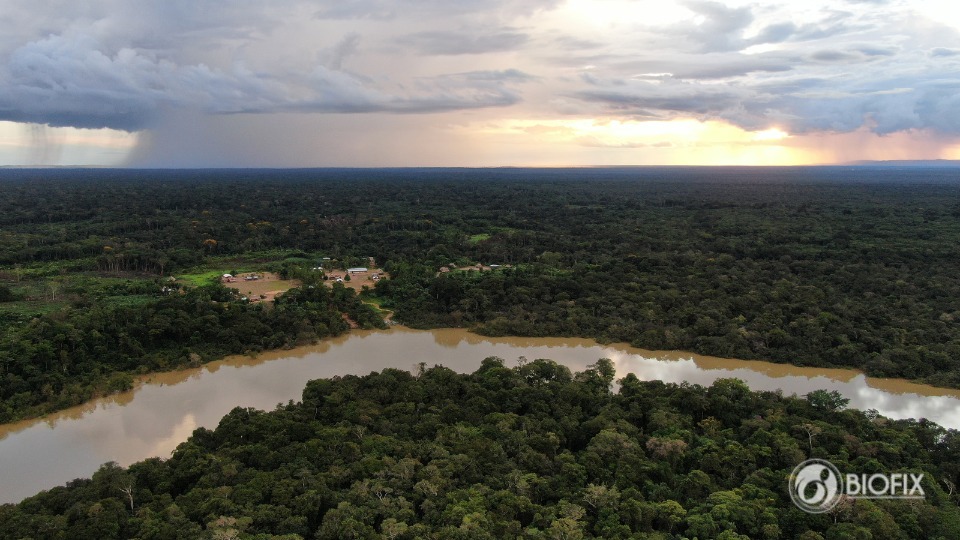 REDD+ projects and carbon credits from high quality, what is your relationship?

The protection, conservation, restoration and management of forests currently contribute as an important strategy mitigation[1] of the several that foster, in turn, sustainable development. This was stated in the Covenant Climate of Glasgow, in the framework of the last Conference of the Parties (COP26) of the United Nations Framework Convention for Climate Change (UNFCCC), which highlights the importance of protecting, conserving and restoring nature and ecosystems in order to achieve the temperature target of the Paris Agreement, including through forests and other terrestrial and marine ecosystems that act as sinks and reservoirs of greenhouse gases and protecting biodiversity, at the same time ensuring environmental and social safeguards.

In the above POPS, also highlighted the role of the trustees in the forest (indigenous peoples and local communities) and are expressed commitment to the provision of forest financing that helps to clarify land rights of local communities, promote the appropriate use of the land and halt the deforestation through programs and policies, sustainable farming.

Notwithstanding the above, the tropical countries that possess large amount of the world's forests and that, for this and other reasons, are particularly vulnerable to climate change, currently do not have the policies, capabilities and resources, to take measures and actions to curb land-use changes, the drivers of deforestation and the right to land, as in the case of Colombia[2].

Some strategies of restoring and conserving forest, despite not having as purpose to attack the engines of deforestation[3] and fight the illegality of the improper practices of land use, in an indirect way, if they can help to alleviate these problems, the origin of which is, at times, in the same communities that act as protective forest, those who practice the burning, logging or grazing to obtain an economic benefit or for their livelihood.

Within these conservation strategies, highlight the REDD+projects[4] which, to be developed in the proper way, they meet with parameters of legality and promote the forest governance[5], en otras palabras, la garantía del respeto de las salvaguardas socio-ambientales[6], property rights and tenure on the collective territories and the roots and cultural practices linked to them, the effective participation of the trustees forest (indigenous peoples, afro-colombian communities and farmers) in the adoption of the decisions, the equitable distribution of benefits, among others.

In consequence, the REDD+ initiatives, must be observed in addition to the quality criteria in terms of technical and environmental (in essence, the proper establishment of the baseline[7]the criteria of additionality[8] and permanence[9]the analysis of the uncertainty in the quantification of GHG emissions and avoid the leakage of negative[10]), regulatory compliance, which complements and elevates the integrity and quality of carbon credits[11].

More and more companies, either by the way of not causation of the carbon tax, or for purposes reputational or market strategy, choose to offset their GHG emissions through carbon credits for forest, however, within its risk analysis, the companies that provide these loans or bonds of forest carbon are not only environmentally credible or reliable, but that actually generate co-benefits or positive social impact in the quality of life of the communities guardians of the forests, feature that makes part of the projects implemented with technical quality-legally.

The project Dolphins Cupica REDD+developed by Biofix Consulting closely with the Community Councils of Dolphins and Cupica located in the area of Bahía Solano and Juradó in the Chocó and the project YAAWI IIPANA REDD+conducted with the Indigenous reservation Morichal Viejo, Santa Rosa, Cerro Cocuy, Santa Cruz, Cano Tapir and others in Guaviare, are clear examples of initiatives that have generated bonds or carbon credits with high standards of quality.

This has been made possible by the commitment of the ethnic communities, who have worked in a harmonious way to take forward the initiatives of conservation, which was made possible through the proper application of the technical standards, but also by reason of the enforcement constant of the normative parameters listed above and the strengthening of territorial governance and forest, projects that have minimized the impact caused by deforestation and forest degradation through a comprehensive vision of sustainable development of the territory.

[1] Understood as the human effort aimed to reduce the sources or enhance the sinks of Greenhouse Gases (IPCC, 2014).

[2] As expressed by the National Planning Department in the year 2015, Colombia is a country that has the potential of forest, with more than 60 million hectares of natural forests, that is to say, a little more than half the territory, so you should generate actions and measures that contribute to the reduction of GHG emissions include the protection forest.

[3] Such as illegal mining, planting of illicit crops, cattle ranching, among others.

[4] Reduction of Emissions due to Deforestation and forest Degradation.

[5] Related to the environmental management participatory forest, coordinated and democratic.

[7] It is the most likely scenario of occurrence according to the dynamics of historical deforestation and over which a mitigation project aims to generate additionality.

[8] Is the set of activities carried out by the proponent of the project that generated a change in the behavior of the scenario of baseline and contributes to the reduction of GHG emissions and are driven by the mitigation initiative.

[9] It is the guarantee of deposits of carbon are stable so that they are not issued, that is to say, a warranty that the initiative continues to exist.

[11] A carbon credit is equal to one tonne of CO2 equivalent.